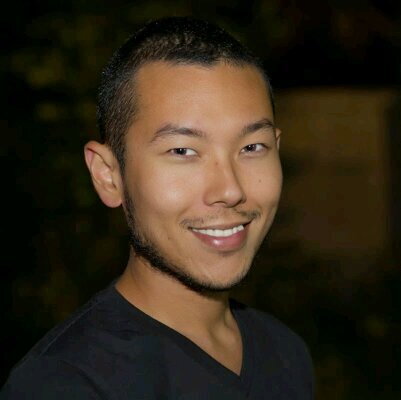 If you have any stake in the future of the web, 2017 may be one of the most exciting jumping points for developer technologies that can reshape the way we build and experience the internet. Pay attention to the big-picture, web-changing technologies that have taken off this year—they’re groundbreaking and promise to be more than a passing trend.

The fluid landscape of web and mobile development means trends come and go every day, whether it’s a viral trend, a useful trick, or a long-lasting trend that redefines a developer’s toolkit. In 2017 alone, dozens of new tools are making a massive impact, with tons of new content being released in Angular, Ruby on Rails 5, Chatbots, AI sites, Motion UI, CSS Grid Layout and much, much more.

But with every new element added to the developer puzzle, the web-working space becomes fragmented between devices, OSes, screen types, languages, choosing the right framework, design trends, practices, standards, and all that’s in between.

Whether you’re a developer or not, unifying as many web tools and formats as possible is not just a noble goal, it’s vital to the future of the web. The following web-changing trends of 2017 are tackling the lofty goal of unity, in a way that makes the web performant, accessible and most importantly, open like never before.

WebAssembly is shaping up to be the most exciting (and experimental) frontiers in web development. On February 28, the four major browser vendors (Chrome, Edge, Firefox, and WebKit) reached consensus on an MVP for WebAssembly, or wasm, for short—and it aims to one-up JavaScript, the de facto language of the web.

Some argue it may replace JavaScript altogether, but at the very least, everyone can agree that its importance is rooted in the fact that it frees developers from JS as the only viable base option for web applications.

WebAssembly is a many things, but in a nutshell, it’s a new language, with a standardized text format (i.e. human-readable), with cross-browser support that compiles and executes faster than JavaScript. Lin Clark’s has an absolutely comprehensive cartoon explainer, where she shows everything you need to know about Web Assembly and why it matters to all of us.

For web developers, WebAssembly represents a departure from the machine language shortcomings of traditional JavaScript. Web developers, game devs, augmented reality creators, and immersive technologies will finally get a primitive, no-nonsense, lego-like format that has all of the flexibility of JS, without the complexity or limitations of size.

The market-y catchphrases for WASM like “boosting performance, decreasing download times and enabling app-like experiences in the browser” are thrown around, but ultimately WebAssembly is just a fundamental shift in making developer lives easier to make stuff in the browser more performant. This means coders, programmers, architects, mechanical engineers, etc. can easily build and deliver super powerful application with in-browser, client-side scripting.

For the rest of us, an internet built on WebAssembly could retire the idea of downloads, installation, and native apps, by dumping them all into the browser experience. Imagine applications as powerful as Photoshop, 3D data visualizations, or even games that start instantly on browser and mobile devices.

That said, It’s still early for WebAssembly. It provides no access to the DOM (yet), and currently only supports compilation from C, C++ and Rust.

Chances are you’ve already built or used something based on a Progressive Web App. The technology behind PWAs has been around for years, but it’s reaching a point of maturity where actual products are being released, and doing what they were intended to do.

Dan Dascalescu from Google elegantly sums up what PWAs mean for developer convenience:

But convenience for developers has never been the end-goal of Progressive Web Apps—the real dream is achieved when the information and utility of internet becomes accessible, secure, and open for more end-users.

In a perfect PWA-world, apps load fast, responsively and securely no matter which type of device, screen, version, browser, or mobile vendor. Most importantly, their core functionality remains intact when users are on slow networks, offline, or on limited, low-cost devices. This is important for ‘the next billion’ internet users who may not have access to constant power, fast data streams or modern devices—things developed cities and societies take for granted today.

Progressive Web Apps are part of an important humanitarian and ethical requirement to not alienate “new” internet users, as a rapidly advancing web threatens to leave others behind. It’s not just an ethical matter either—it’s a market opportunity. The next billion represent potential consumers reachable by digital industries.

Check out some of the coolest apps available built as Progressive Web Apps. Favorites are definitely the Pokedex, Financial Times, and Polymail!

WebVR and the New Internet: The Metaverse

WebVR “brings VR to the web” with a completely free JavaScript API created by Mozilla that enables VR/AR experiences that’s as easy as sharing a URL in a web browser. Google recently announced their support for WebVR, and Oculus, Gear, Samsung, HTC, and Microsoft have already begun to support WebVR on their latest devices and software.

Perhaps the most web-revolutionizing thing about WebVR is that a new form of internet, dubbed “the Metaverse”, is emerging at the intersection of augmented reality, VR and the browser.

Metaversal internet functions are immersive experiences. They include ideas of transporting users in virtual forms through a connected internet, where traversing virtual space isn’t part of a closed system (like an offline VR game with walls), but a deeply interlinked experience that spans networks. It could enable virtual social interactions like meeting friends to play a board game in virtual space, moving from spaces seamlessly, and even “carrying” digital currencies or IDs across virtual avatars.

While The Metaverse is still a meta-concept, WebVR remains one of the brightest and proven trends in 2017. Developers looking to build any kind of immersive experience (including IoT) should definitely be hovering around WebVR news for years to come.