Last month was replete with networking and new business opportunities, even more so than usual. The first stop—representing Monterail among the 250 companies participating in the 2018 Polish-Israeli Business Forum in Tel Aviv. The event was organized by a number of Polish and Israeli business entities, Ministry of Entrepreneurship and Technology with assistance from its’ head—Minister Mrs. Jadwiga Emilewicz.

Why did I decide to attend? To meet other entrepreneurs and representatives from Polish technology parks and government institutions. To discover inspiring start-ups from a variety of fields, including ICT, spaceflight, fintech, healthcare, and pharmaceutics, operating in the most robust European markets. But above all, I attended the Forum to build and maintain partnerships, as the past eight years spent in services really drove home the incredible importance of relationships in the industry.

Moreover, taking a closer look at the tech industry inside Silicon Wadi also provided me with some food for thought. And I believe some of these insights are definitely worth sharing.

So if questions like “Is doing business in the Middle East feasible?” or “How can Poland best cooperate with Israel?” have ever crossed your mind, do read on.

Israel as a Start-Up Nation

Israel is the second biggest technology hub in the world, losing only to California’s Silicon Valley, so calling it a “start-up nation” is far from an overstatement. According to Mapped in Israel, there are over 1,500 startups in central Tel Aviv (yup, just in that one city) and its’ tech ecosystem is valued around $22 billion. Observing the Tel Aviv business scene in full bloom was really quite impressive.

A number of factors contribute to its flourishing state, including: 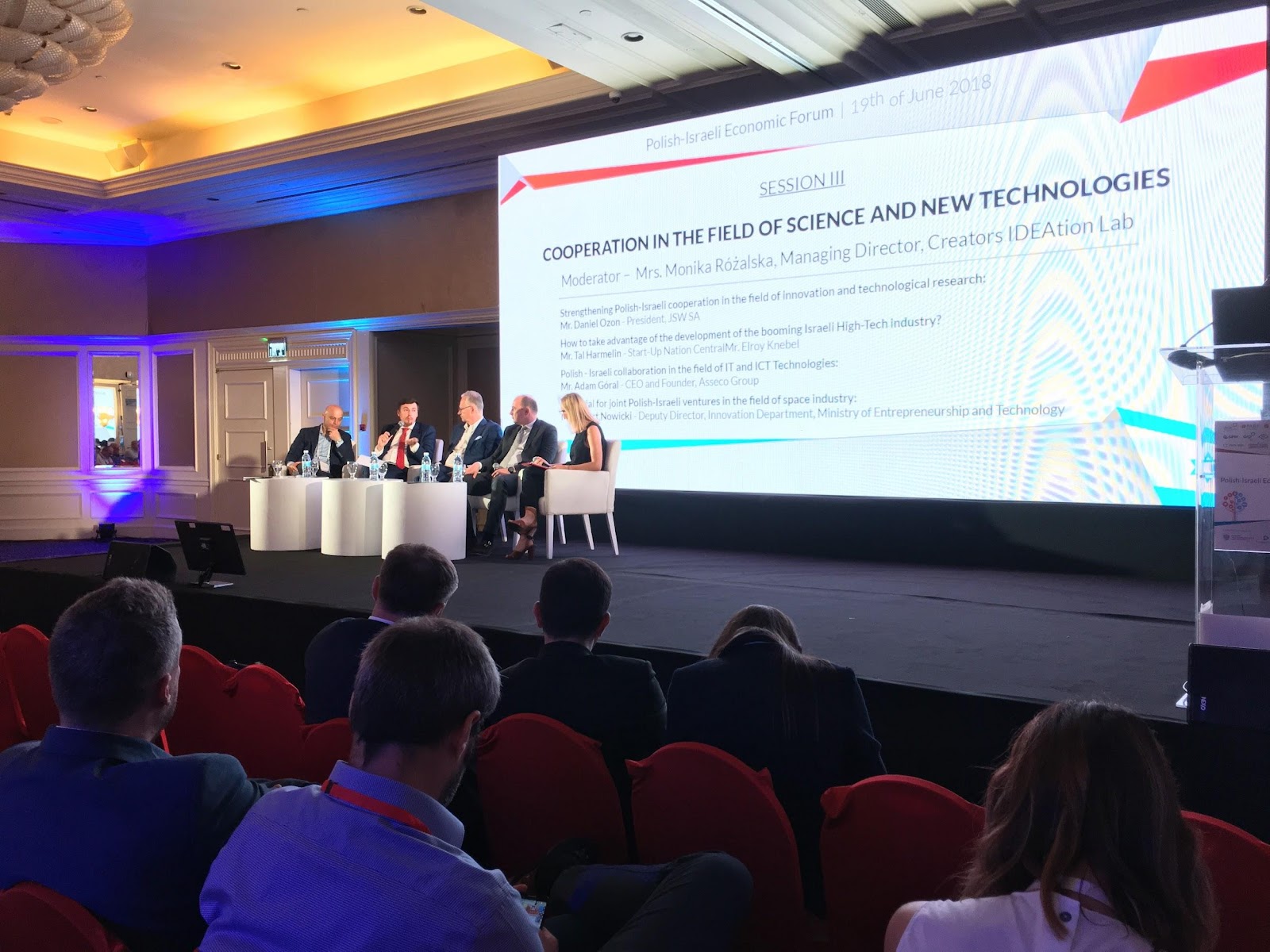 Ties Between Polish and Israeli Markets

Given the cultural differences, intertwined histories, or the recent legal controversies surrounding the Polish National Remembrance Institute, one could think that Poles and Israelis might have trouble finding common ground. At the Tel Aviv Business Forum, however, I saw firsthand that ties between the two nations are not only possible, but thriving. Here’s why:

The main goals of the Israeli Trade and Economic Mission to Poland are promoting Israeli export to Poland and creating business ties between Polish and Israeli businesses. Therefore, among other activities and events we initiate and organize tailor-made ‘scouting visits’ to Israel for Polish corporates in different industries— cybersecurity, fintech, health tech etc. to explore the Israeli technologies. The Israeli companies and startups are chosen according to the Polish company’s wish list. The agenda is organized by us together with our Israeli counterparts. In addition to that, we organize every year business delegations of Israeli companies to Poland, “road shows” and business forums.

According to Tal Harmelin, Director at Startup Nation Central:

The flow of people between Poland and Israel has increased three-, fourfold since new, direct flights have been introduced. At the time, our trade relations were based primarily on FMCG trade. In 2016, however, Startup Nation struck up a relationship with the with Polish ICT industry and the scope of these relations broadened to include collaborative innovation efforts and immersion between startups and corporations. The business value from services and ICT is on the table.

Bartłomiej Pawlak, Board Member at PFR, encouraged Israeli firms to open businesses in Poland via PFR mediation and with support from EU funds. Besides my personal observations from Tel Aviv, there is every indication that Polish-Israeli cooperation will be growing even closer in the future:

Israel knows how to build global companies and Poland is the 6th biggest economy in the EU. There’s a lot we can learn from each other.

One passage from the official appearance by Mrs. Jadwiga Emilewicz, the Polish Minister of Entrepreneurship and Technology, really stuck in my head:

It was the most significant Polish-Israeli business event that has happened so far. What makes it even more significant, is the fact that Polish and Israeli entrepreneurs had an opportunity to meet and connect. And they can offer a lot to each other. What is particularly promising is the willingness of both to cooperate jointly in the field of technology. 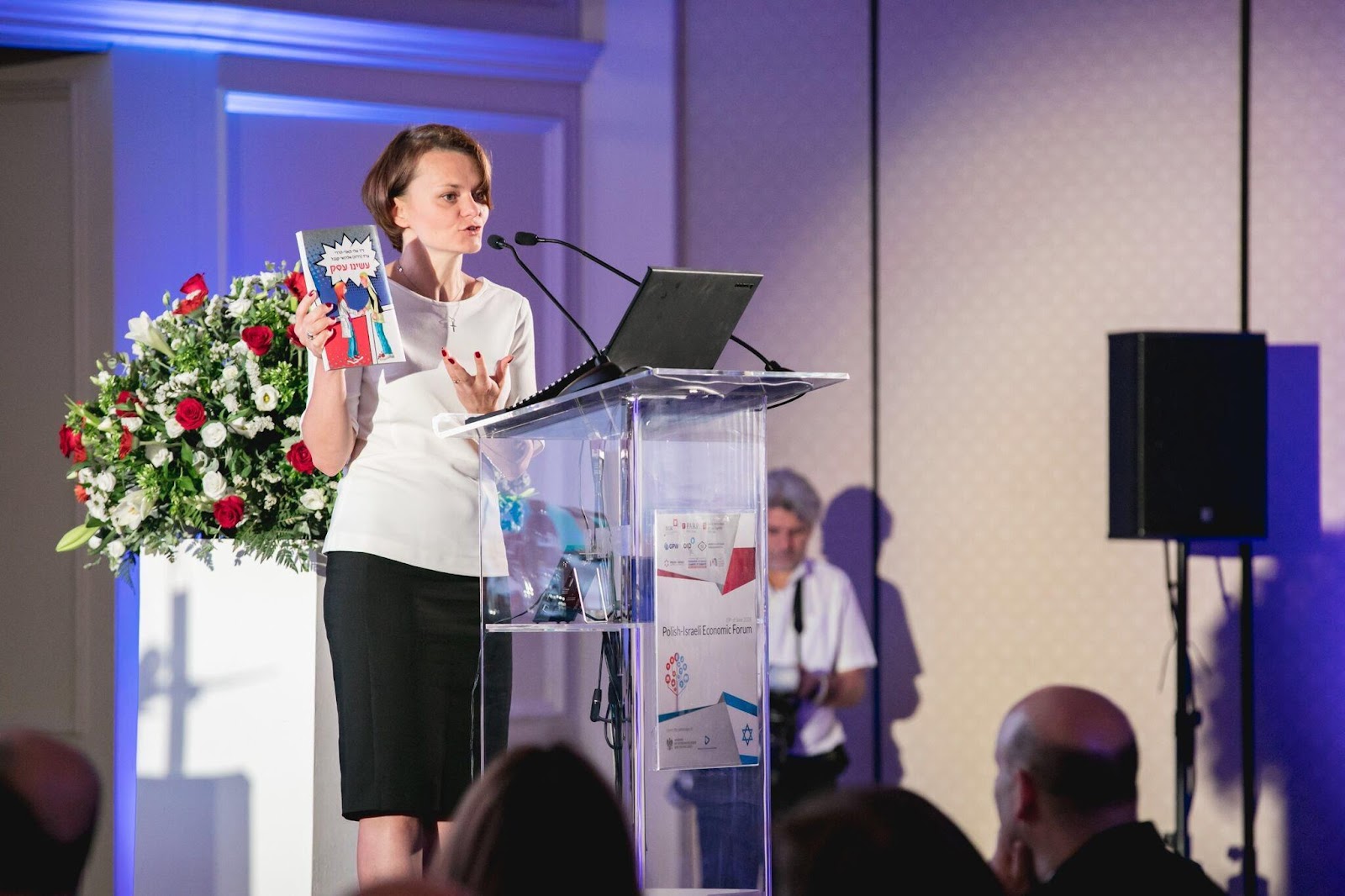 Israel is already a Start-Up Nation and I genuinely believe that Poland is well on its way to claim the title very soon.

Seeing photos displayed in the background during presentations, proved me we are not so different. I could hardly tell which city was Tel Aviv and which Warsaw.

If you’re searching for the right place to build your “the next big thing,” Israel seems to be the answer. I can’t wait to observe these two countries strengthening their partnership further.

One last thought—every time I visit this part of the world, my appreciation for the locals’ love of vegan food grows, there’s delicious hummus absolutely everywhere. Just as good as the one my girlfriend makes back home.