Why Node.js Developers Are in Higher Demand than PHP Programmers

With the rapid evolution of artificial intelligence driving the rise of virtual AI-powered developers, you might think that the job of a software developer would soon be fading away. But in fact, demand for Web developers is expected to remain stable through 2019, with a positive outlook for years to come and, according to the U.S. Bureau of Labor Statistics, Web developer employment is projected to grow 15 percent from 2016 to 2026.

While the demand may be stable, there’s a perceptible shift in the technologies and programming languages that are sought after in potential hires. Analyses of current job trends and the direction in which the industry is moving indicate that Node.js developers are in increasingly higher demand than, for example, PHP programmers.

The shift is driven by three key factors:

Is Node.js a good fit for your product?

If you're not sure, reach out and we'll advise you on the best technology stack for your product. Work with JavaScript experts who will push hard to understand your business and squeeze the most out of Node.js.

A Bit of Background

Before we get down to the nitty gritty, here’s a little primer.

Node.js is a runtime environment which allows you to write server-side applications in JavaScript.

PHP is a server-side language. Because of that, you will need to pair PHP with a frontend language, usually a combination of HTML, CSS, and JavaScript, to build full-stack Web apps.

With Node.js, it’s possible to write both backend and frontend solely in JavaScript, using full-stack solutions such as MEAN or MEVN.

Although directly comparing Node.js and PHP in terms of popularity is like comparing apples and oranges—after all, Node.js is not a programming language—it bears emphasising how often the developer community uses both.

In 2018 and 2017, Node.js took first place as the most commonly used technology in the “Frameworks, Libraries, and Tools” category in the Stack Overflow survey.

In terms of programming languages, JavaScript, which is the reason why Node.js was created in the first place, claims a lead over PHP in three independent surveys. 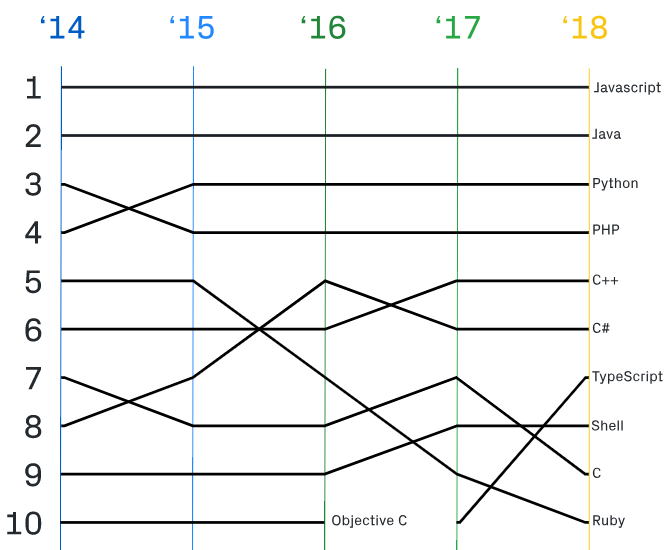 The State of Octoverse results for 2018. Category: languages. Source: Octoverse 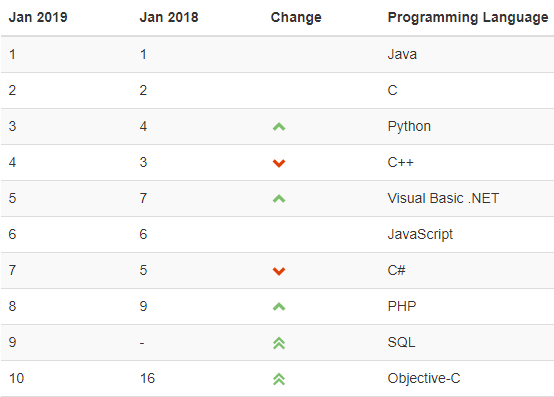 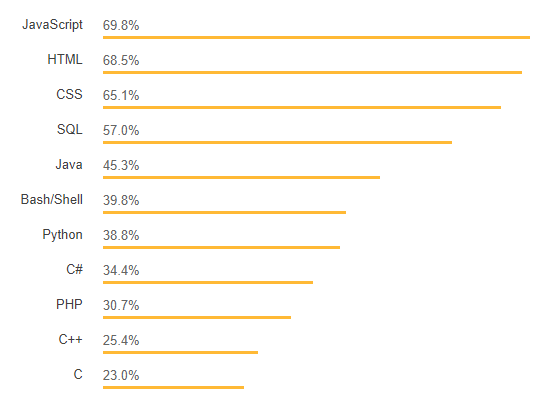 This is not to say that JavaScript is the best programming language out there: It’s only one of the most popular ones.

And worry not, we’re not forgetting that 78.9% of all websites have backends written in PHP, and that PHP-based WordPress powers 32.7% of them.

But ever since Node.js came onto the scene, opening the doors of backend programming to JavaScript, the developer demand landscape has changed somewhat.

A Look at the Job Market

According to Indeed’s hiring lab, job searches for Node.js rose 57% over the past year, putting the runtime environment among the top 10 tech skill searches, whereas PHP took only 14th place in that same ranking.

When we look at the current shape of the job market, the demand for PHP web devs and Node.js is pretty much equal across countries. Further analysis, however, reveals an interesting trend—PHP developers are often required to have at least some grasp of JavaScript.

Data from Gooroo, on the other hand, indicates that although the market still has more job postings for PHP developers than for Node.js devs, the latter tend to be offered a higher salary than the former, with a median pay of $105,236 and $81,346, respectively. Because companies are willing to pay more for Node.js developers, it may suggest that they are a little harder to come by.

In fact, a HackerRank survey on technology skills shows that demand for Node.js expertise is met only half of the time. 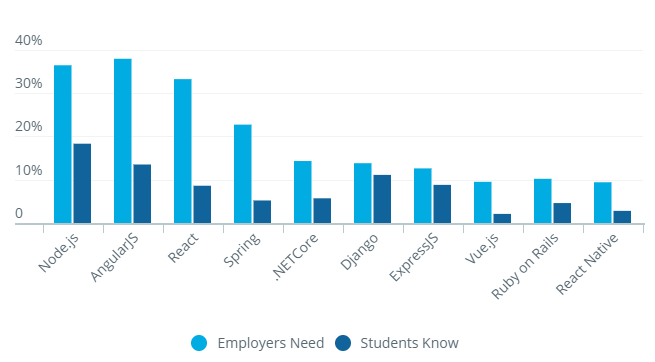 Where Does This Demand Come From?

There multiple reasons why more and more companies transition to Node.js away from their former backend setup, or why business owners decide to go full-stack JavaScript.

Node.js has one of the largest libraries of tools and modules—the Node.js Package manager (npm). Most of the stuff available in the npm is free and open source, significantly decreasing production costs incurred by additional licenses or subscriptions.

With the npm, you can set configuration variables, manage and install dependencies, get development utilities, or download frameworks to further facilitate production.

The tools are updated regularly by the vibrant JavaScript community.

However, as is often the case with big repositories, not everything is updated regularly and sometimes projects are dropped and discontinued. You should always keep that possibility in mind and thoroughly study a package before adopting it to learn how stable the team or the contributor behind it is.

One of the biggest benefits of using Node.js is, obviously, using the same language across the whole project. When the frontend and backend speak one language, the time required to build a Web application is reduced and team cooperation and coordination skyrocket.

This is primarily because developers can reuse the code for common operations across the application’s entire ecosystem.

JavaScript’s vast repository of libraries, templates, and modules encourages and facilitates code reuse. Packages are similar in logic and implementation for backend and frontend, so development time is further reduced and team productivity increases.

One Language—Better Efficiency with Fewer Resources

Using just one language across the whole application helps maintain consistency and improves the Web app’s architecture. Having a typical JavaScript data structure all throughout the ecosystem also makes bug fixing easier.

Netflix leveraged Node’s capabilities and observed a “70% reduction in startup time” thanks to which that dear content of yours is available right after you hop onto the website.

With only JavaScript used throughout the application, there’s no need to hire additional developers—full-stack JS devs will be more than enough to efficiently build a dynamic Web application.

Ideal Use Cases for Node

One of the key reasons behind the soaring demand for Node.js developers is the growing popularity of products that perform really well when built with Node, especially real-time applications with intense I/O.

Companies that already have Node.js in their stack:

Not Suited for Node.js

Also, for a large CMS-based website, instead of going with Node.js, you’d be better off with Laravel (PHP) for backend and Vue.js for frontend.

A Look into the Future

JavaScript is everywhere, there’s no doubt about that. It’s safe to say it’ll continue to reign over the frontend realm and keep on snatching up increasing chunks of the backend sphere—wherever its features best fit the purpose.

In the annual State of JavaScript survey, 85% respondents said they enjoy building JS-based apps and 84% of developers strongly agreed with the notion that JavaScript is moving in the right direction.

Node.js Is Here to Stay and Needs More Devs

Node.js offers developers flexible growth potential in a variety of software development directions. Node.js and packages available on npm allow developers to create products in JavaScript that were formerly reserved for general-purpose programming languages, such as Python or Java. Nowadays you can even control robots with Node.js or build cross-platform desktop apps by pairing Node.js with Electron.

Sitting on the frontend of almost the entire Web, JavaScript won’t be going away anytime soon. And since Node.js is an optimal choice for all of the use cases outlined above, demand for Node.js developers will only continue to grow.

NOTE: Before developing a Web app, you should do an in-depth analysis to assess whether Node.js is really the right choice for a particular project. While a great piece of technology for its intended use cases and one that can deliver excellent results when handled by experienced developers, Node.js has its limitations, which have to be taken into account prior to development. Node.js isn’t a silver bullet and JavaScript can be a tricky language to master.