When to Use Python and How Can It Benefit Your Business?

When thinking about starting a project, we tend to get bogged down by uncertainty about which technology should be used for best results, and when.

Planning out the development process is a really important stage and ought to be carried out with utmost care, because choosing the right architecture and technology can save you a lot of time and money down the line, and even make or break the final product.

At Monterail, we decided to introduce Python into our tech stack, because we felt it was the missing puzzle in our portfolio. Since then, we’ve witnessed first-hand the power of Python across a number of different projects.

Why use Python for business?

Python is a high-level, general-purpose programming language that allows you to build and run applications on both Web and desktop platforms. Python offers a variety of great, open-source libraries for image recognition, data science, and more.

No wonder, then, that so many companies feature Python in their tech stacks.

While Python ranks third in terms of popularity in the TIOBE Index, Techrepublic has recently claimed that it is poised to become the most popular programming language in the world, and soon.

So when might it be a good idea for you to consider Python for building your digital product? Let’s dive into a handful of specific use cases.

When you need fast, efficient development

Whether we like it or not, the truth is that time matters. The sooner the app is released, the faster we can see whether we gauged the product-market fit correctly, get user feedback, and then make the necessary changes to make our application more suited to their actual needs. Launching the app also enables us to start bringing in revenue that will fund the addition of new features down the line.

The pace of the app development process is particularly relevant for startups. When you need to develop an application fast or you’re working under a tight deadline, then Python is a great choice because it allows for rapid but still rock-solid development.

Python also allows you to make use of the vast range of high quality third-party libraries written for either Python itself or one of its frameworks, like Django for example, which allow you to build many elements extremely fast. Examples include a very friendly library that allows you to easily implement social login solutions in your app, via one of the popular single sign-on providers like Google or Facebook.

Python also has a huge, helpful community of developers who are more than willing to share their knowledge and add to both internal and external libraries.

When you want to build a reliable Web application

Web applications can be developed with Python using a variety of frameworks, each one with its own pros and cons. At Monterail, however, we usually pair Python with its most popular Web framework, Django, which was once called “the Web framework for perfectionists with deadlines.”

When building an application with Django, developers can draw on the rich range of capabilities offered by this well-established framework, which allows them to implement complex features without relying on third-party resources.

Apart from the aforementioned social sign-in solutions, a lot of other useful technologies can be built on top of Django. One great example is Wagtail, the free, open-source, and highly customizable Django CMS used by the biggest players in the, like NASA, Google, Instagram, Oxfam, Mozilla, and others. It’s a great CMS, equipped with a bevy of unique and amazing features. 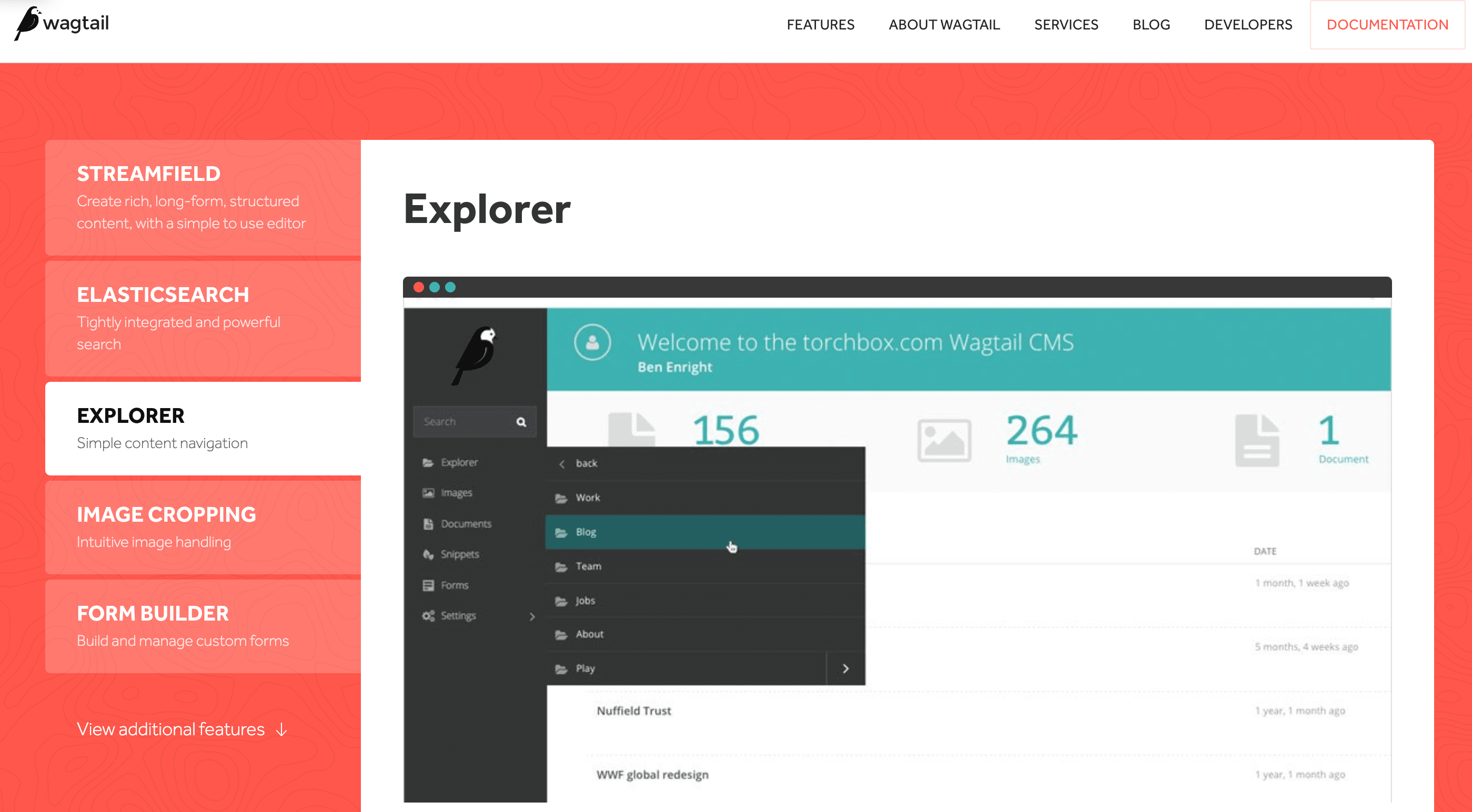 When you want to leave room for app expansion

Let’s say you finally managed to build your application. Soon enough, however (most likely after getting some initial user feedback), you’re bound to realise that you need to add some new features to it.
Features like, say, a recommendation engine, which would allow your app to send a list of videos to its users based on what they already watched. Or maybe a space where users could share videos in social applications or another payment method?

In every case mentioned above, adding features is not only possible with Django but relatively easy, too, because there’s no need to use a different programming language—the code packages can be modified and repurposed as necessary across multiple projects. Because of that, it’s easy to add new and complex features without interfering with the code that was already created.

Django’s app architecture allows you to build and expand your application quicker and safer, too. Furthermore, thanks to its architecture, it’s easy for developers to transform your application from a monolith into a set of complex micro-services. Let me explain to you briefly how Django can help you in expanding your app.

Even the simplest Web projects built in Django framework consist of at least one app. And these apps can be rendered reusable, so, should the need arise, you can easily move applications between projects. 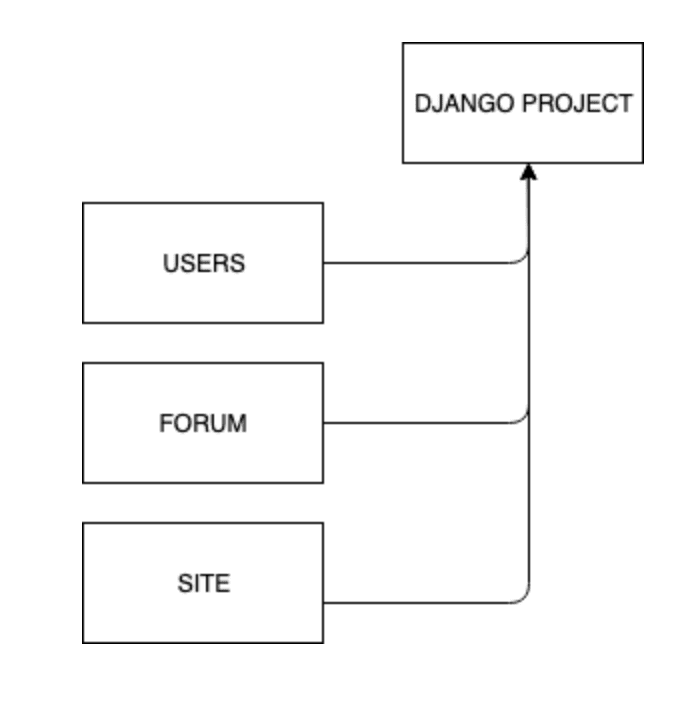 In the diagram above, Users, Forums, Sites are all different apps that can communicate with each other and/or with a client, and all of them are made to serve a number of purposes.
Because of that, it’s relatively easy to expand your application with completely new features and do so without interfering with existing functionalities.

Is Python the right choice for you?

Over the years, Python has, time and again, proven its primacy across a multitude of aspects of software development—from development speed, through ease of maintenance and app expansion, all the way up to its utility in artificial intelligence, machine learning or data science. Python’s simplicity and reliability have long been its biggest draws, while the success enjoyed by the many digital products built with the language demonstrate that it’s the right choice for a variety of different applications.

Python and Django have seen widespread use in the software development world—from big, complex projects like YouTube, BitBucket, Spotify, and Instagram, to many smaller ones, such as one-page business portfolios.

Given Python’s many use cases, now is the best time to decide whether it is the right technology for your app. If you’d like to know more about Python and whether it is a good choice for your project, read this article and don’t hesitate to contact us.