Rails has a younger brother - we are AngularJS developers 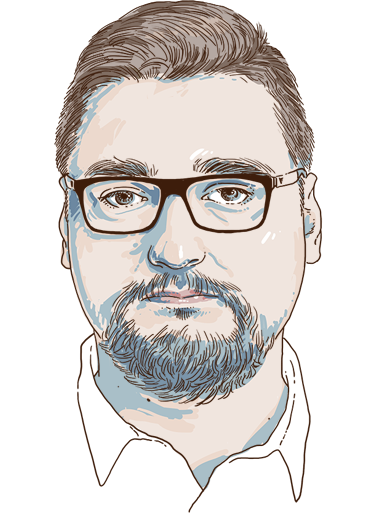 A friend of mine who's trying to get into programming after several years working in various IT positions asked me recently: „What exactly is back-end?”. Thinking about the difference, I realised that the line between server-side and client-side development is getting thinner every year. It has been clear since the great Web 2.0 movement, but I feel that the pace is getting faster every month.

We have always considered ourselves Ruby on Rails developers: of course, there is HTML and CSS involved, but we're a Rails shop. Of course, there is Javascript involved, but we're a Rails shop. Things have shifted, though: some of our projects are recognised by GitHub's algorithms as Javascript ones, despite the fact they are Rails apps at the foundation. We're sometimes spending days writing client-side code without touching the server-side part at all.

It removes a lot (I say: A LOT) of boilerplate in comparison to backbone which we tried before. It makes coding fun (I don't remember the last time coding simply things gave me so much fun!). We even started thinking that finally we can drop jQuery (which is cool, but always gave feeling for a tool for hacking not coding). - Jan Dudulski, Ruby on Rails, JavaScript Developer

Ruby on Rails has always been our core technology. We've used different frameworks and languages in our history – both for production projects and for fun.

Directives with isolated scope - the best damn thing in JS since the jQuery stoneage. - Kasia Tatomir, Ruby on Rails Developer

Angular changed the way we think about SPA. As Ruby developers we always think about data structures and behaviour. With solutions like jQuery or Backbone we had to care about layouts, CSS classes and ids. With Angular we can go back to thinking about data and not worry about DOM manipulations at all.

Recently, our core technology has got a younger brother. We're no longer a Rails shop, we're a team of Ruby on Rails and AngularJS developers.