Vue vs React in 2022 - Which Framework to Choose and When?

Vue.js and React.js are two frontend JavaScript frameworks popular in the developer world, switching top spot on the podium each year in the categories of "most loved, used or popular".  Both tools offer developers a productive approach to building various Web applications, but each has its own best use cases and responds to different business needs. In this article, we’ll explore what those use cases can be, along with perks that make Vue.js and React unique. 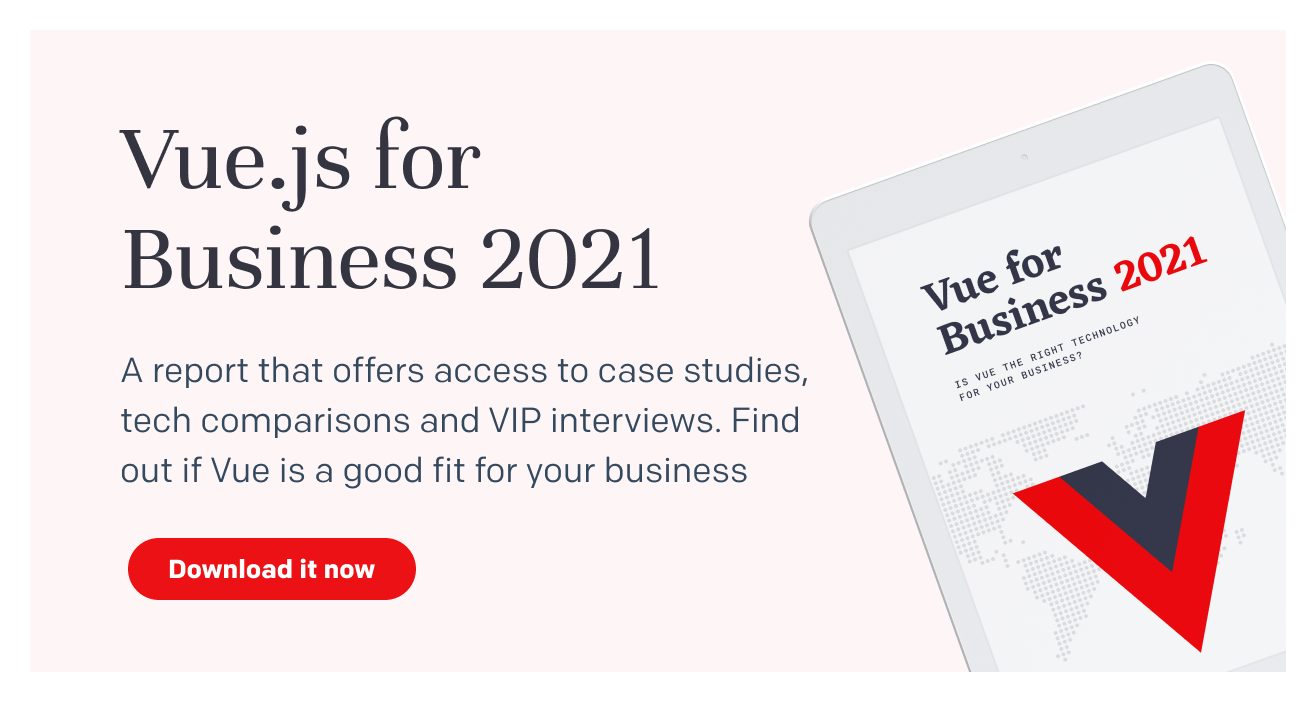 Vue.js and React—Why They're Loved

There are many reasons for Vue’s and React’s prominence on the developer landscape, but before we dive deeper into their distinctive features, let’s briefly go over what the two share that makes them so in demand.

Although Vue.js is easy to learn (60% of the SoV 2021 respondents describe it this way), there are more React developers on the market who are already experienced in this framework and would use it again.

So if there is a business need for a more complex app, getting an experienced React developer who can jump into the project and start working immediately can take less time. On the other hand, the pool of Vue.js developers has been steadily growing in the last six years so this is becoming less challenging, too.

Interestingly, The Jet Brains Dev Ecosystem 2021 survey showed slightly different numbers and revealed that the developer knowledge and regular usage of the two frameworks is high, with Vue.js being on the rise. The share of Vue.js users grew from 34% in 2020 to 43% in 2021 while React experienced a drop from 64% to 49% in a YoY comparison.

In 2021,  that percentage has grown to 42,1%, showing that Vue is continuously being used within the companies. Over 55% of respondents are convinced Vue.js is going to get even more popular in their organization within the next 12 months.

How Developers Feel About React and Vue

The way professionals see React and Vue might help others decide which of the two is more suited to their current expectations and capabilities. Although there aren't available any reports asking this question anymore, answers from 2018 are rather ever-green aspects so we can treat them as up to date to huge extent.

React took the top spot in the most-popular web framework list in the 2021 Stack Overflow Survey, with 40.14% respondents choosing React while Vue.js went two positions up getting 5th place. Given its steadily rising popularity, we can predict its growth in the following years.

Both React.js and Vue.js have been listed as the Most Loved Web frameworks in the Stack Overflow 2021 survey, with React being one place before Vue. The visible change in comparison to previous years is Svelte, the new-comer taking the lead and

In fact, 75% of developers participating in the 2021 edition of the State of Vue.js Report consider ease of integration Vue’s second biggest asset. With a great documentation in hand, implementing Vue.js into a project becomes even faster.

"Vue is the kind of library that’s incredibly flexible. It's so easy to get a quick prototype of something up and running. Yet, the moment you need to scale it to use enterprise architecture, Vue is ready for you to scale up while still ensuring you have a performant app." - Ben Hong, Vue Core Team

Don’t let that fool you into believing Vue isn’t a good fit for large Web apps. Quite the opposite. Vue has a vast ecosystem of tools and companion libraries, allowing the framework to respond to the complex needs of enterprise-grade applications. such as:

P.S And here's are more examples of companies that went for Vue.

It’s worth noting that React is also used in Instagram—service belonging to Facebook.

Looking for more Vue content? Have a look at our blog:

2. Why Laravel Vue Is the Perfect Stack for Single-Page Web Apps

3. Building Mobile Apps with Vue Native — Better Than Other Frameworks?