Vue vs. React in 2019: Which Framework to Choose and When

Vue and React are two frontend JavaScript frameworks popular in the developer world, with React taking the top spot on the podium for three consecutive years now. Both tools offer developers a productive approach to building various Web products, but each has its own best use cases and responds to different business needs. In this article, we’ll explore what those use cases can be, along with perks that make Vue.js and React unique.

The Cream of the Crop

There are many reasons for Vue’s and React’s prominence on the developer landscape, but before we dive deeper into their distinctive features, let’s briefly go over what the two share that makes them so much in demand.

Virtual DOM—instead of re-rendering the whole page as is the case with regular DOM, React and Vue update only those objects that have changed, saving the time and resources that heavy DOM manipulations otherwise consume. 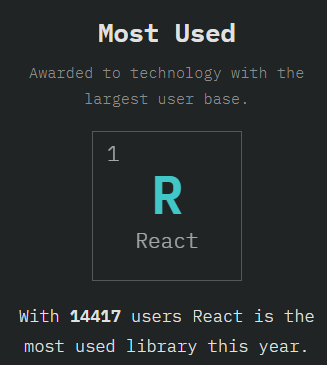 React as the most used JS technology. Source: State of JavaScript 2018

React also takes the lead in the number of job ads:

Interestingly, HackerRank’s 2019 Developer Skills Report revealed that while hiring demand for React and Vue skills is high, the developer knowledge of the two remains comparably low:

If Vue’s growth rate remains as stable as it’s been over the years, we can expect to see more Vue developers in the near future.

After taking the top spot in the most-loved list in the 2017 Stack Overflow Survey, with 66.9% respondents loving it, React continued to hold its ground into the next year and once again scored high in the 2018 survey, marking a 2.5-point uptick in the poll. 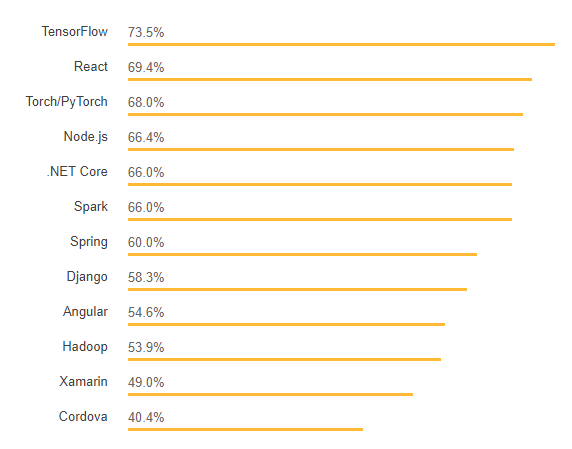 Vue is nowhere to be seen in any of the Stack Overflow surveys. However, given its steadily rising popularity, chances are it will make the cut one day. Fingers crossed for that to happen in the 2019 edition of the survey :) 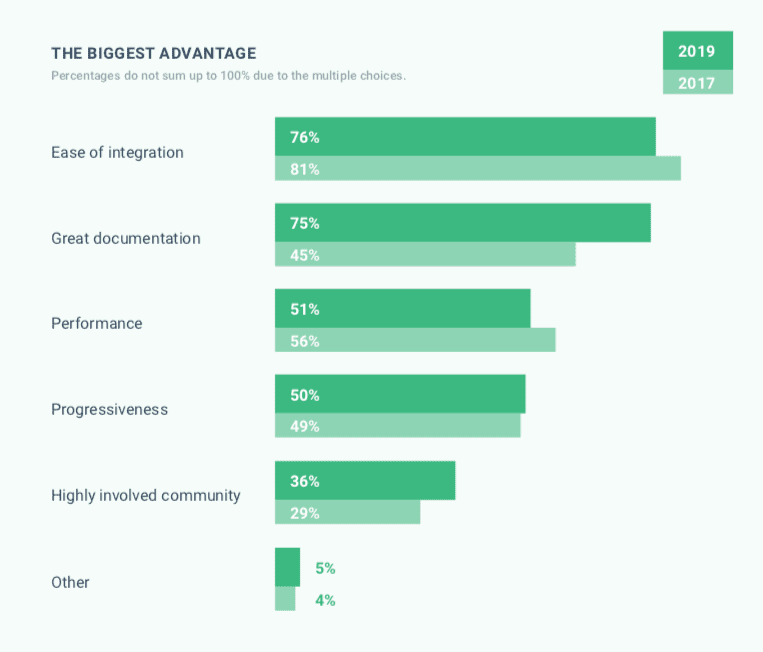 JSX leaves developers the full power of JavaScript at their disposal—flow controls and advanced IDE features such as autocompletion or linting are included in the component view templates.

Web Apps Made with Vue and React

Vue is lightweight, easy to learn, and pleasant to write in. Because of its familiar templating syntax and use of components, integrating or migrating existing projects to Vue is faster and smoother. For that reason, Vue is great for startups but can be just as well used in large-scale applications.

Performance-wise, Vue is on a par with React. However, final results essentially depend on optimization efforts and application size. The documentation is excellent, explaining everything in minute detail.

Want to read more about Vue?

If you want to make sure that Vue.js is the right technology for your project, check out our articles about this technology.

Read more about why we love and use Vue.

Is Flutter the Future of Mobile Development?—Flutter vs React Native in 2020
Written by  Krzysztof Len