Django vs Node.js: When to Choose Which Framework

Although Node.js and Django are two completely different tools, they both come up a lot when teams try to decide what technologies they should use to build a web application.

Just as Django facilitates Python usage in both the Frontend and Backend of your web app, Node.js allows for JavaScript (typically only employed for Frontend development) to be used in server-side scripting as well.

Since Django and Node.js are both simply excellent in what they do, the best way to decide on which is better for your project is to compare the strong and weak sides of both and learn what types of projects they are typically used for. 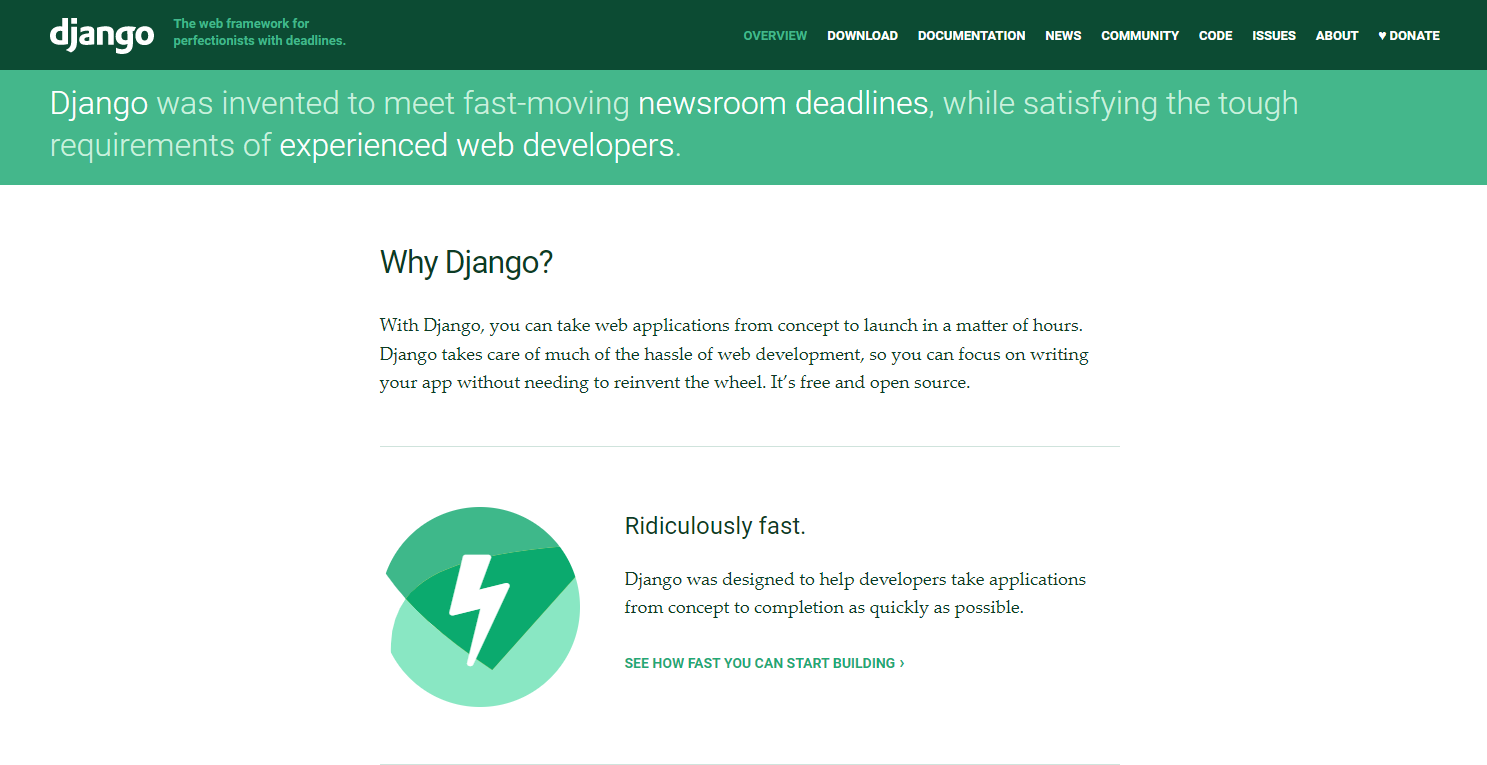 Django is a powerful full-stack Python web framework that comes fully loaded with features that take care of all common web development issues. That includes user authentication and content administration.

With the boring stuff out of the way, your development team can focus on the important, unique parts of the project, and deliver a working MVP astonishingly quickly.

With over 64,000 stars and more than 2,200 contributors on Github, Django should be considered reasonably popular amongst developers. When it comes to companies, more than 2,500 businesses have reported using Django on Stackshare. Even though Node may have convinced more companies than Django, it’s still a solid number, especially when you consider that among those companies are such huge brands as Instagram, Robinhood, Disqus, Glovo, and Pinterest. 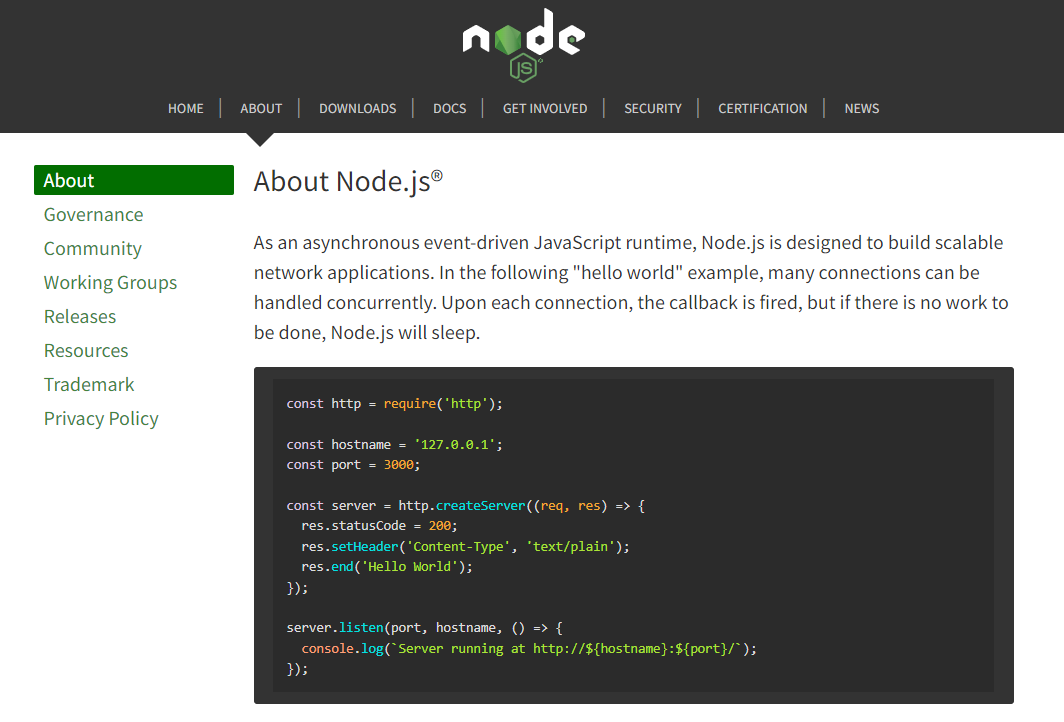 Even though it gets bundled with frameworks a lot, Node.js isn’t one – it’s actually a JavaScript runtime environment, built on Chrome’s JavaScript engine.

Made for writing server-side applications with JavaScript, Node.js is the technology of choice for a large and growing number of developers.

Developers praise Node.js for allowing them to build apps that handle web traffic very well, for having great libraries and community, as well as for being so useful when creating APIs.

As of June 2022, Node.js was starred over 88,000 times on Github and gathered more than 3,000 contributors who just over 36,000 commits. According to Stackshare, more than 8,000 companies reportedly use Node.js, including such giants as Uber, Netflix, Twitter, Glovo, PayPal, and Asana.

Even more on Node.js

Differences between Django and Node.js

To quickly sum up what we’ve learned so far:

Let’s see how they stack up against each other when it comes to performance, scalability, development speed, security, efficiency, popularity, and maintainability.

With JavaScript being used on the server-side as well as browser-side, there's no need for additional data transformation between the Frontend and Backend of the application. On top of that, the single-threaded architecture of Node.js makes it super-efficient in serving a huge amount of data simultaneously for virtually countless connections. Additionally, Node.js is frequently updated, with performance boosts in almost every release.

Python, the programming language in which the Django framework is written, has a reputation for being slow. When comparing it to JavaScript, Python code seems to have a higher execution time, but when it comes to commercial use, the performance of a Django app typically sits well within the user's expectations. But even in extreme cases of hugely popular Django apps, there are ways (like Varnish implementation) of optimizing Django code, so its speed remains satisfactory.

In Django, developers create each function autonomously and then make connections between them. Doing so makes it really easy to implement and refine new features without worrying about how to integrate them with the app. The framework can also competently handle heavy traffic and substantial amounts of data, which makes all apps ready for scaling from the get-go.

Node.js is all about app scalability. Its single-threaded event loop model is famously capable of handling even a million simultaneous connections. With powerful tools such as Cluster and PM2 process manager included, Node.js makes it simply easy to optimize web applications.

Django vs Node.js - Speed of development

Because of the language simplicity, the development process of a Python app is a little quicker than it is for a JavaScript app. On top of that, Django’s top priority is enabling developers to create apps quickly, with as little code as possible. The framework offers a whole package of tools designed to enable super-fast MVP development and sensible scalability afterward.

Meanwhile, if using Node.js, your developers will rely on npm packages to solve some common issues, but not all of those are properly maintained, some lack proper documentation, or even have bugs (which may increase the development time).

The Enterprise version of the npm package manager makes it easy to maintain security while enabling companies to use open-source Node.js packages that npm offers. With whole package infrastructure behind the company's firewall and additional advanced security features, Enterprise users can sleep tight, not worrying about the safety of their app.

Django creators also take the issue of security seriously. The framework’s built-in security tools, such as clickjacking prevention and SQL injection protection, are everything that an experienced team of developers needs to prevent major security breaks. Additionally, because of Django’s comprehensiveness, developers rarely feel the need to employ any third-party libraries (which potentially could come with a security threat).

Because Django is so deadline-oriented, it enables developers to build working, competent software amazingly fast, which makes it quite cost-efficient. When it comes to Node.js and JavaScript development, it's a little more time-absorbing, therefore less cost-efficient.

Django is nowhere near that popular, with only 13.59% of developers reporting using it. Fortunately, developers skilled with Python will pick up Django's syntax fast and start developing in no time. At Monterail, we’re proud of using both Django and Node.js.

Django vs Node.js - Maintainability and futureproofing

With the continuous popularity of both technologies, you can rest assured.

No matter if you decide on Django or Node.js, the tech won’t go anywhere anytime soon, and you can count on regular updates for years to come.

Disqus is a popular plug-in that allows commenting on various pages across the web with no need to create multiple accounts. In 2013, Disqus developers discovered that with 8 billion page views per month, Django wasn’t performing as quickly as it should.

They faced a tough decision: either stay with Django and try to fix these issues or rewrite everything using another technology.

The decision was made to introduce Varnish to their stack, and with its help, they were able to augment existing Django backends to desirable levels of performance.

Spotify is a global leader in music streaming and one of the companies credited for relatively recent but huge (and probably permanent) changes in how we consume music. The company uses Python a lot in their backend services and data analysis, and Django is used there to quickly prototype services, scripts, and processes.

Netflix is a global video streaming giant that needs no introduction. In 2015 their developers’ efforts resulted in a 70% reduction in the startup time of their web app, partially because of Node.js implementation, which enabled them to use JavaScript universally (within the browser and on the server-side).

PayPal is an established way of paying for things across the internet. Before introducing Node.js to their stack, they had two separate teams of developers: those who program for the browser (using JavaScript, HTML, and CSS), and those who code the application layer (using Java). Despite the similarity in their names, JavaScript and Java are two completely different languages, making teamwork as hard as it gets.

With Node.js, both aspects of PayPal can be done in JavaScript, resulting in unifying the teams and better cooperation.

Which Is Better for Your Project: Django vs Node.js?

Depending on the project, both Django and Node.js can bring fantastic results.

Both Django and Node.js are excellent and powerful technologies with lots of potential use cases. To choose what’s best for you, determine your project’s priorities, and…

Whether you chose Django or Node.js for your next web app, you may be interested in working with Monterail. Our developers love both of these amazing technologies, so be sure to leave us a message.